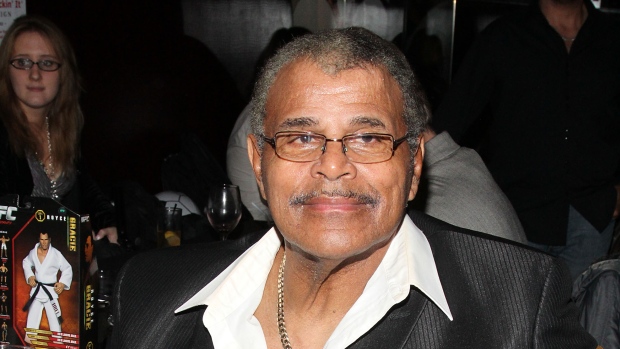 Famed pro wrestler "Soul Man" Rocky Johnson has died at the age of 75.

A native of Amherst, NS, Johnson was the father of Dwayne "The Rock" Johnson and a pioneer in the wrestling industry.

The Cauliflower Alley Club, a fraternal organization of pro wrestlers, made the announcement of Johnson's passing on Wednesday afternoon.

Horrible news to pass along. We just learned that Rocky Johnson passed away today at the age of 75. His accolades in this business, all the people he influenced, all his accomplishments, and we are so deeply sorry and wish his family nothing but the most love at this time pic.twitter.com/3AvzVwylPH

By the age of 16, Johnson - born Wayde Bowles - relocated to Toronto to train as a boxer, but began his career in wrestling in 1964 and spent the next two and a half decades in active competition, racking up titles in various National Wrestling Alliance territories, most famously in Memphis where he feuded with Jerry "The King" Lawler.

Johnson competed in title matches for the NWA heavyweight crown against the likes of Harley Race and Terry Funk.

In 1982, Johnson jumped to the World Wrestling Federation and began a midcard run against the likes of Greg "The Hammer" Valentine, Don Muraco and Adrian Adonis. He found his greatest success in the company in a tag team alongside Tony Atlas. Called "The Soul Patrol," Johnson and Atlas became the first ever black tag team champions in 1983, defeated The Wild Samoans.

Johnson would wed Ata Maivia, the daughter of "High Chief" Peter Maivia, and marry into one of wrestling's most prominent families.

When Dwayne Johnson made his WWF debut in 1996, he took the name "Rocky Maivia" in tribute to his father and grandfather.

Retiring in 1991, Johnson would make sporadic appearances for the WWF in the early days of his son's career. He was inducted into the WWE Hall of Fame in 2008.