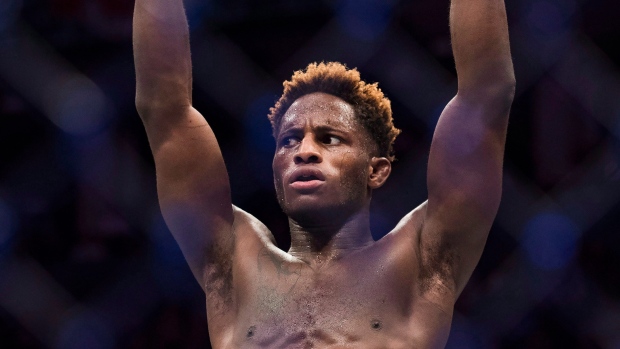 Canadian featherweight Hakeem Dawodu will return to the Octagon at UFC 257 to face American Shane Burgos, the UFC confirmed to TSN on Friday. The bout was initially reported by MMA Empire.

Dawodu enters the fight red-hot, riding a five-fight winning streak after defeating Zubaira Tukhugov via split decision in his last outing at UFC 253.

He has a 5-1 record since joining the promotion, with his only defeat coming at the hands of Danny Henry in his UFC debut.

Burgos will be looking to bounce after suffering a defeat in his last fight at the hands of Josh Emmett at UFC Fight Night: Blaydes vs. Volkov in June.

The loss snapped a three-fight winning streak for the No. 12 ranked featherweight, he is 6-2 inside the UFC.

UFC 257 will be headlined by the return of Conor McGregor as he faces Dustin Poirier in a rematch of their bout at UFC 178.

The event will take place on January 23.