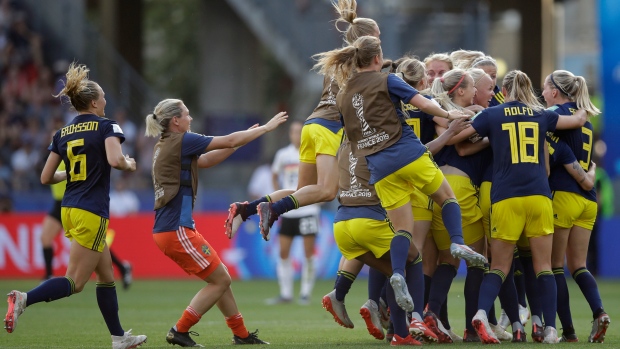 TORONTO — Canadian Marie-Soleil Beaudoin has been appointed to referee Wednesday's Women's World Cup semifinal between the Netherlands and Sweden in Lyon, France.

The 36-year-old from Halifax, by way of Quebec City, will work alongside Jamaican assistant referees Princess Brown and Stephanie Yee Sing and fourth official Kateryna Monzul of Ukraine.

Beaudoin refereed the round-of-16 match between France and Brazil.

She made history earlier this year when she became the first female referee to work a Canadian Premier League game, out in charge of the HFX Wanderers home opener.

Regina's Chantal Boudreau is also at the world Cup as an assistant referee. She worked the VAR room for the France-U.S. quarterfinal.

Carol Anne Chenard of Summerside, P.E.I., was slated to referee at the tournament but had to withdraw due to health reasons.