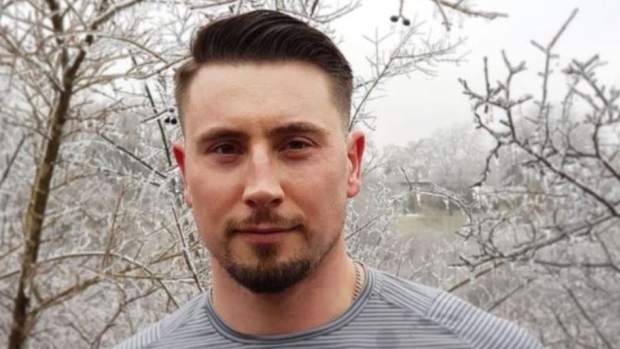 Alex Kopacz says he's never felt so close to the grave. The Olympic champion brakeman in men's bobsled is in hospital with COVID-19.

The 31-year-old entered London University Hospital on Wednesday and required oxygen to help him breathe.

"I've never felt so close to my own death before," Kopacz told The Canadian Press from his hospital room Saturday. "It's been horrible."

Kopacz, of London, Ont., won Olympic gold with pilot Justin Kripps in two-man bobsled at the 2018 Winter Olympics in Pyeongchang, South Korea. The Canadians tied with Germany for the title.

Kopacz says the drug Tocilizumab administered to him Friday is helping him turn the corner.

"Sounds like a made-up word out of 'Bedknobs and Broomsticks,"' he said. "I'm getting more of my breathing back.

"I haven't had a fever in over 24 hours. My coughing is severely minimized."

Before he was admitted into hospital, Kopacz said he was racked with fever, a debilitating coughing and chills that prevented him from sleeping for days.

"I continued to be surprised that each day it was exactly as bad as the day before or worse," Kopacz said. "There was no getting better. There are no rules."

Kopacz's responses to questions were short to conserve his breath. Too young to be vaccinated yet, Kopacz used what lung power he had to state the seriousness of his illness.

"It's not a joke," he said. "The only thing that's a joke is people who don't believe in scientists.. The anti-maskers are a joke. An absolute hazard to society.

"If you are so-called genetically likely to not be affected by it, I understand the cavalier attitude toward it, for sure. But then you pass it on to someone who might be highly predisposed like maybe I was.

"And then to literally push them to their dying breath that makes you responsible, especially if you know that you are sick."

Kopacz expected to remain in hospital for a few more days, and wasn't sure what the long-term affects of the virus might be on his health.

"I don't know," Kopacz said. "The only long-term effect I'm happy with is that I will live."

He has a mechanical engineering degree from the University of Western Ontario. Kopacz was a varsity shot putter before attending a Bobsleigh Canada Skeleton identification camp in 2013.

He and Jesse Lumsden combined to push Kripps to the World Cup overall two-man title in 2018.

This report by The Canadian Press was first published April 24, 2021.