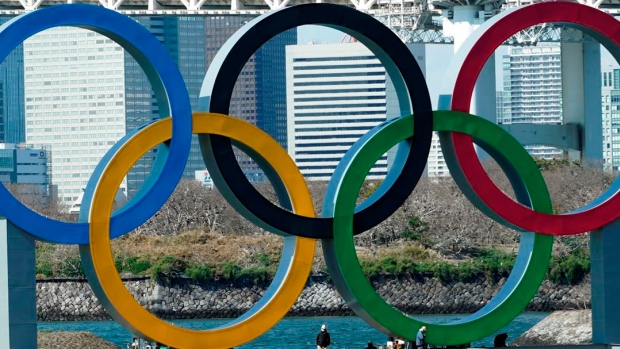 Canada's Olympic team doctor believes the Tokyo Games can happen in 2021 without a COVID-19 vaccine, but feels the event will require major modifications.

While he calls the global effort to produce a vaccine unprecedented, Dr. Mike Wilkinson doesn't expect it to be ready for mass distribution by the opening ceremonies July 23.

"I think we have to plan for these Games occurring without a vaccine," Wilkinson said on a Canadian Olympic Committee conference call.

"Vaccines usually take long to develop even with accelerated testing and trials that are going on.

"I do believe we're able to do it safely without a vaccine, but I think it's going to take some major adaptations as to how the Games are run, how we as sports staff, teams and athletes are managed within the Games, and how we manage ourselves and our interactions."

Whether there will be spectators in venue seats and stands in Tokyo is a harder question for Wilkinson to answer.

"If I was on the organizing committee for Tokyo, I would certainly be trying to do everything I can to get fans there," Wilkinson said. "The question is how do you do that safely?"

Tokyo's Olympic Games were scheduled to open almost two months ago, but the advancing global pandemic forced a postponement of it and the Paralympic Games back in March.

Canada had withdrawn its team two days before that decision, citing health and safety concerns.

Wilkinson, the COC's chief medical officer, has since led a Canadian group in developing risk assessment checklists for returning to training and competition, using the World Health Organization's recommendations on mass gatherings and sport as templates.

When he was director of medical services for the 2010 Winter Games in Vancouver and Whistler, B.C., the H1N1 influenza virus threatened to derail Canada's moment of international glory.

"We also had to plan for a Games with and without a vaccine," Wilkinson recalled. "Just prior to the torch relay, the vaccine was developed and came available in Canada.

"It was almost a dress rehearsal for what we're doing now."

If a vaccine does become widely available before the Games, Wilkinson stops short of making inoculation mandatory for Canada's team.

"There's no such thing as mandatory in medicine," he said. "We should be strongly encouraging vaccinations.

"If you make a vaccine mandatory, what are you doing with people who have allergies to the preservatives, anaphylaxis etcetera?"

The Canadian team will lean heavily on Wilkinson's guidance next year in determining whether it is safe to compete in Tokyo.

"But it's a decision that, like was made in March, has to involve the athletes and all the partners. I have to say I was extremely proud how involved the athletes were and the athletes commission was in that decision."

The Canadian team's doctor is aware how difficult the uncertainty is for athletes, who planned their lives around the moment they step to the start line in Tokyo.

"The mental stress of that is immense," Wilkinson acknowledged, citing Canadian chef de mission Marnie McBean's belief the situation is the ultimate test of an athlete's resilience on the road to Tokyo.

"You've got a sudden change in direction, the uncertainty, you've got all these unknowns and the stress and anxiety.

"Dealing with that certainly does train you to develop a lot of skills, but it also requires an incredible amount of support mentally and performance-wise to get through that."

This report by The Canadian Press was first published Sept. 17, 2020.