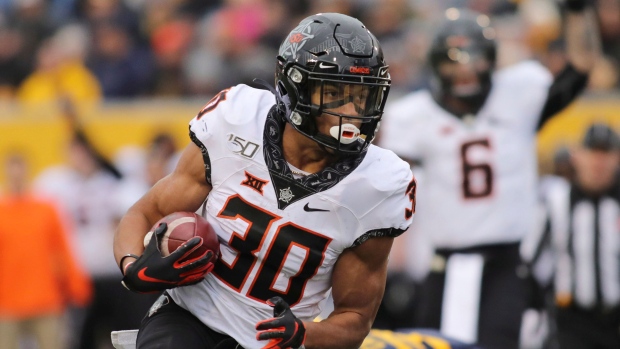 Canadian running back Chuba Hubbard and the Carolina Panthers have agreed to terms on a four-year rookie contract, the team announced Thursday.

The Panthers drafted Hubbard in the fourth round of the 2021 NFL Draft.

He rushed for 2,094 yards and 21 touchdowns for Oklahoma State in his sophomore season in 2019 and the list of post-season awards he garnered that year was seemingly endless. Hubbard was named a First Team All-American, Big 12 Offensive Player of the Year, Doak Walker Award finalist (top running back in the country), Walter Camp Award finalist (player of the year), and finished eighth in Heisman voting.

Hubbard shocked many when he decided to return to Oklahoma State for another season and his junior campaign last year was not a standout. He played in seven games before opting out to prepare for the NHL Draft, finishing with 625 yards and five touchdowns.