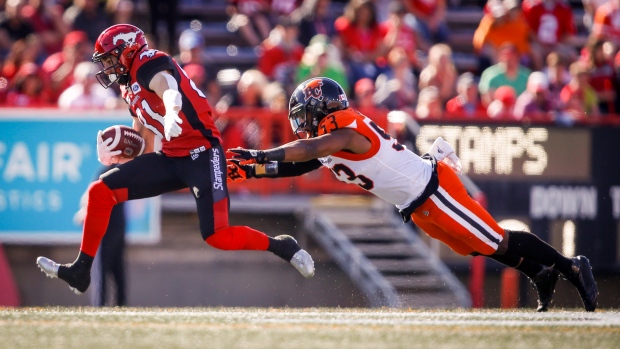 Klukas spent his first full season as member of the Stampeders in 2019, making 11 starts in 13 games played. He recorded 16 receptions for 169 yards and added three carries for 29 yards. Klukas, who finished the season on the practice roster, also had one defensive tackle.

"Michael is a speedy player with the potential to build on the positive steps he took during his rookie season," said president and general manager John Hufnagel. "I look forward to seeing Michael compete at training camp and try and earn a bigger role in the offence."

The 25-year-old played for the University of Calgary Dinos.

"I'm very grateful to be able to continue my career in my hometown with the Red and White," said Klukas. "I look forward to attacking this off-season and coming back at a higher level for my teammates and this organization in 2020."