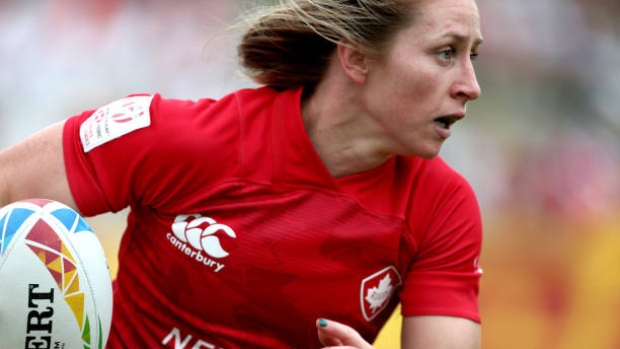 CAPE TOWN, South Africa — Canada's women, runners-up at the Dubai Sevens, will play in a pool with France, Spain and Brazil at this week's HSBC World Rugby Sevens Series stop in Cape Town.

The Canadian women moved up to fourth overall in the standings after losing 17-14 to New Zealand on a late try Saturday in the Dubai final. France stands fifth, Spain seventh and new core team Brazil 12th.

The Canadian men, who finished 10th in Dubai, are in Pool B with New Zealand, Argentina and Wales in South Africa.

Pool A features the top three from last year's men's event: Fiji, the U.S. and South Africa plus Japan.

New Zealand was beaten by South Africa in the final at Dubai, the first event of the men's season. The All Blacks are second in the overall standings while Argentina is seventh and Wales 14th.

The Cape Town Sevens, one of six combined men's and women's events this year, run Friday through Sunday. It marks the first time the women have taken part in the tournament.