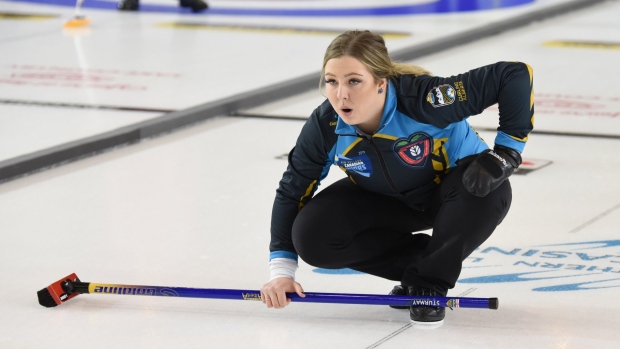 Sturmay scored a single in the 10th end to defeat the Americans 7-6 on Sunday after opening the tournament earlier in the day with a 6-5 loss against Scotland.

Meanwhile, defending champion Tyler Tardi of Canada picked up his first victory on the men's side by defeating Norway 6-4.

The Canadian men's rink opened the event with an 8-7 loss against the U.S. on Saturday.

The semifinals go Friday, with the championship draw set for Saturday.