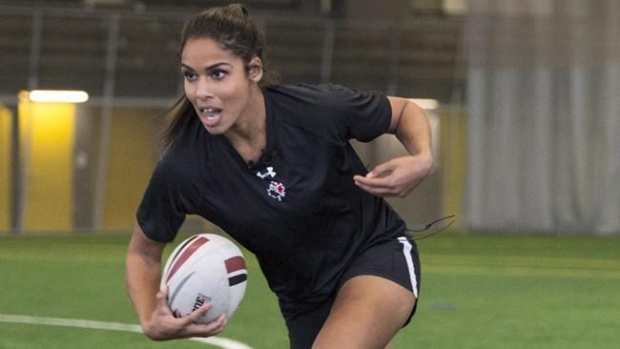 Canadian Magali Harvey is up for World Rugby women’s 15s player of the decade.

The 30-year-old speedster from Quebec City is also a finalist for women's 15s try of the decade, for a score against France in the 2014 World Cup semifinal. Canada won a scrum against the head and, three passes later, Harvey ran 80 metres for the try.

The awards are part of six fans' choice categories with nominees selected from previous World Rugby Award winners from 2010 to 2019. Harvey was named player of the year in 2014.

Fans are invited to vote for the men’s and women’s 15s and sevens players of the decade, along with the try of the decade to celebrate a special edition of the World Rugby Awards in 2020.

The try of the year nominees were chosen by international rugby players.

The women's sevens player of the decade is between New Zealand's Kayla McAlister, Michaela Bylde, Ruby Tui and Woodman, and Australia's Emilee Cherry and Charlotte Caslick.

Fans can vote through Oct. 25 at https://www.world.rugby/tournaments/awards/fan-vote.

A World Rugby awards panel will select a men's and women's 15s team of the decade.

Winners will be announced during the virtual World Rugby Awards on Dec. 7.

This report by The Canadian Press was first published Oct. 15, 2020