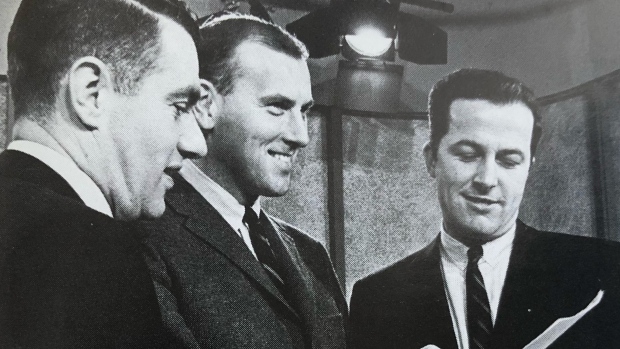 Longtime Canadian sports broadcasting pioneer Ralph Mellanby has passed away at the age of 87.

Mellanby was the creative force behind CBC’s Hockey Night in Canada as its executive producer from 1966 to 1985.

Sad day today. Ralph Mellanby, who was Executive Producer of #HNIC for 19 years, passed away this morning. He was a Canadian TV legend, a true game changer. A Visionary who influenced so much of how our business played out in the 1960s,70s and 80s.

He made us all better. pic.twitter.com/khS41v6Tit

He also produced the memorable Peter Puck children’s cartoon for NBC’s hockey coverage in the 1970s and the long-running Coach’s Corner during CBC intermissions with Don Cherry.

I, and the large HNIC family, past and present, are saddened by the death of Ralph Mellanby. As long-time exec. producer, Ralph took a chance on this untested 26-year-old in 1971 and showed confidence in my ability to fill the host's role properly for 16 yrs.

He also produced memorable broadcasts for many high-profile sporting events, including the ‘Miracle on Ice’ at the Winter Olympic Games at Lake Placid in 1980, the Calgary Games in 1988, as well as tennis, golf, Major League Baseball and the Canadian Football League.

His son Scott played over 1,400 games in the NHL and was most recently assistant general manager of the Montreal Canadiens.