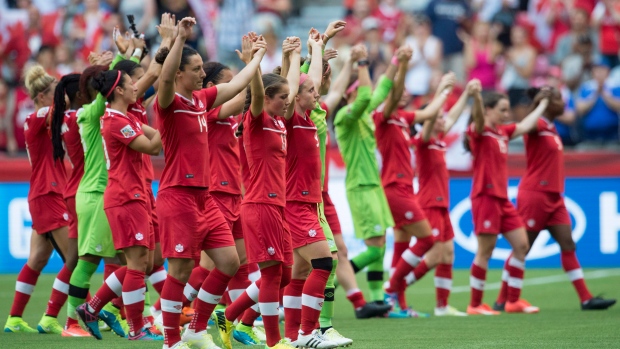 The U.S. topped the standings, ahead of Germany, France, Japan and England as the top 13 remained the same after 104 matches since the last ratings update in September.

Spain was the highest-ranking team on the move, climbing four spots to No. 14. Switzerland broke into the top 20, moving up one spot from No. 21.

Zimbabwe was the biggest mover, up nine places to No. 98. Bosnia and Herzegovina (No. 65) and New Caledonia (No. 92) reached their highest-ever rankings.

The next rankings are due out March 25.

The Canadian women are currently in Brazil where they are slated to meet the host country, ranked seventh, in Sunday's final of an international tournament.

Malawi was the only country to re-enter the ranking, while eight others — Panama, Tunisia, Suriname, Honduras, St. Vincent and the Grenadines, Qatar, Cayman Islands, and Belize — fell out due to inactivity, reducing the number of ranked countries from 147 to 140.