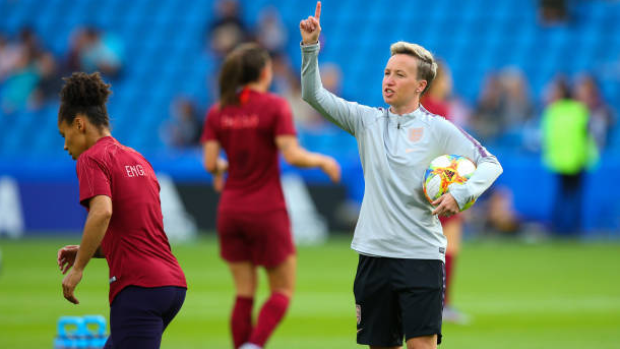 The wait is almost over for Canada’s women’s soccer team and its fans.

After nearly a year away from the pitch, Canada will be back in action at the 2021 SheBelieves Cup in Orlando. The team kicks off the tournament against the top-ranked Americans on Thursday, then face Argentina on Sunday before wrapping up against Brazil on Feb. 24.

“It’s just a such a thrill to be back here on grass and in such a sunny location,” midfielder Desiree Scott said during media availability last week. “It’s been almost a year since this team has been able to connect thanks to COVID and different restrictions keeping us apart, so just the sheer fact that we can be together with our Canada Soccer family is huge.”

The tournament will also serve as preparation for this summer’s postponed Tokyo Olympics.

“I think it’s a super important year with the Olympics coming up, and we’re starting it off with a fantastic, challenging tournament with the SheBelieves Cup,” said Scott. “Every time that we can get together is precious and it all starts here for a big year to come.”

“COVID has brought many bad things to the world, to people’s lives, but I think what it has made people do is appreciate these sorts of moments,” head coach Bev Priestman told TSN. “So, I definitely get that sense from the group – it’s so good to be back together.”

This is Canada’s first time training and competing as a team since last March, when they participated in the Tournoi de France. While players have been training individually and with their respective clubs, the national team has only been able to connect virtually.

“There were definitely growing pains the first couple of practices, but now that we’ve kicked off the dust, we’re ready to go,” midfielder Sophie Schmidt said last week.

The SheBelieves Cup offers several challenges beyond the long layoff. On Saturday, Canada Soccer announced it would be without several key players for the duration of the tournament. Captain Christine Sinclair and veteran midfielder Diana Matheson both never reported to camp due to injury.

Centre back Kadeisha Buchanan, who plays for French club Lyon, along with fullback Ashley Lawrence and forward Jordyn Huitema, teammates on Paris Saint-Germain, were all denied release by their respective clubs in France.

Veteran goalkeeper Erin McLeod and defender Bianca St-Georges – who had earned her first-ever call-up to the Canadian national team – both picked up injuries during camp and have returned to their respective NWSL clubs.

A Canadian roster that doesn’t include Sinclair certainly garners the most headlines. She has been a mainstay on the international stage since she made her senior team debut in 2000, playing in 296 of Canada’s 341 matches. And, of course, she is the worldwide record holder for most international goals with 186.

At 37, Sinclair’s future on the pitch is always in question, and now Priestman must look at adapting without the team’s leader.

“That’s going to be the really interesting part,” she said. “We have to prepare for life without Christine Sinclair, whenever that is. Speaking to Sinc, she was devastated not to be here. She’s hungrier than ever… You can’t underestimate what not having Christine in the group does. Just her presence for anyone is felt or not felt when she’s not here. But she’s absolutely behind the team, but disappointed not to be here of course.”

Priestman wouldn’t elaborate on the injuries to any of the players but did say that none of them are long-term that would affect their chance of going to this summer’s Tokyo Olympics, and that she also expects most of them to be available for Canada’s friendly against England on April 13.

While these absences are a blow to the roster, Priestman – who is running her first camp since being named head coach last fall – sees it as an opportunity for others to step up.

“I’ve asked them to be really brave as a team, as individuals,” she said. “Whether we had Sinclair, Buchanan, and Ashley, that was always going to be the mindset that I think we now need to shift towards – being braver, doing things we’ve never done before.”

On Tuesday, Priestman announced her final roster for the tournament, trimming the list of 25 players down to 23. Midfielders Victoria Pickett, 24, and Olivia Smith, 16, were the two players not named to the roster.

While the roster features mainstays like Jessie Fleming, Janine Beckie and Allysha Chapman – all whom have appeared in more than 70 games for Canada – this Canadian squad is decidedly on the younger side. It has an average age of just under 25, and the roster collectively has 1031 caps.  Veterans Schmidt and Scott account for 356 of those – almost 35 per cent (Schmidt is also on the verge of her 200th appearance for Canada). Absentees Sinclair, Matheson, Buchanan, Lawrence, Huitema and McLeod have a combined 845 caps.

“I don’t think we can hide from the fact that we’ve got a big core of the group missing,” said Priestman. “But what I also know is whenever me as a coach, but also the players, put on that Canadian jersey, we have to go out there to win. We can’t hide away from that, so that’s at the forefront of our mind. But there is a reality that to do that against, for example, the number one team in the world who very, very rarely lose – it’s going to take players playing out of their skin.

“We’ve got a lot of younger players that are coming from the youth teams, from college clubs, from the NWSL who are getting their first look with the national team.  So, we’re trying to bring that freshness,” added Scott.

Despite some relatively inexperienced players on the roster, Priestman said she has been “pleasantly surprised” with what the newcomers have brought to the team.

“I’ve been really surprised – not surprised as in not expecting good things from the individuals, but I just think they’ve adapted really, really well,” she said. “I think the environment helps with that. You’ve got some really welcoming veterans. Anyone who enters the camp, they’re going to make them feel welcome. I think on the field, I’ve seen some fantastic application… I think there’s a hunger, there’s a desire, and I’ve really pushed competitiveness both on the pitch [and] off the pitch. When you bring some new blood into the group, it only ramps up [the competitiveness] even more.”

Canada, ranked eighth in the world, will need that competitive edge in its first game on Thursday against the Americans.

The U.S. has historically dominated its North American rivals, winning 50 of their 60 all-time meetings. The two-time reigning world champions have lost just once in their last 63 games, dating back to July 2017.

“What a way to start the year off after not being together for a year,” laughed Scott.

“We can come into this camp and make a ton of excuses and look at it that way, but for us it’s about the opportunity that we have ahead of us,” she added. “You’re playing the number one team.  Any time we play them, it’s always a gritty battle.”

“We don’t like them, they don’t like us – I think nothing changes in that regard,” said Schmidt. “We potentially could be a little bit rusty heading into that game, especially with it being the first game we played in a year and the U.S. has had a couple games. But the expectations and standards are the same for our players. We come out, we expect ourselves to compete and win.”

“We have to believe in ourselves, that’s the first thing, and we have to compete,” said Priestman. “If we go onto that pitch and we view ourselves as, ‘Oh, we can’t be the U.S.,’ then we’re done before the game has even kicked off.

“One, it’s the U.S. – Canadians don’t need any more motivation. Two, they’re number one in the world. So, if we want to move in that direction, we have to put ourselves in these moments, test ourselves, see where we’re and test individuals and say, ‘Can they compete?’  and who can earn that jersey for the Olympics in the summer.”

While the Canada-USA rivalry is well documented, the same can’t be said for the Canadians’ second opponent, Argentina, who were a late addition after Japan dropped out of the tournament last month. Canada has just four all-time meetings against the South American squad, ranked 31st in the world, with the most recent match coming in 2011.

But Priestman did see Argentina recently at the 2019 FIFA Women’s World Cup as part of England’s coaching staff, when the Lionesses beat Argentina 1-0. While the Argentines did bow out in the group stage of the tournament, they did earn a point against higher-ranked opponents Japan and Scotland, overcoming a 3-0 deficit in the final 20 minutes of their game against the Scots to pull off the draw.

“That style, that South American style of individual flare, a counterattacking style – that’s something different than what Canada is necessarily exposed to a lot of the time,” said Priestman. “It’s a good thing we’re not so familiar. We’re more familiar with Brazil, the U.S. That Argentina game is just a great learning opportunity and a chance to say, ‘Can we perform against that sort of style?’”

Canada’s final match is against another familiar rival in Brazil, who are also tied with Canada in the FIFA rankings at eighth.

The Canadians’ record in 23 all-time matches against the CONMEBOL giants doesn’t get much closer: eight wins, eight losses, seven draws. But the two most recent meetings haven’t ended in victories for Canada, including a 4-0 lopsided defeat at the 2019 International Women’s Football Tournament in China.

“You can’t have the scar of the 4-nil [loss],” said Priestman. “With the roster that we’ve got, it’s a great opportunity to step up against some world-class players in that Brazil game.”

With three challenging matches ahead of them, Schmidt and Scott were on the same page when asked what advice they would give to their less experienced teammates.

“Just enjoy it,” said Schmidt. “Don’t put too much pressure on yourself. You’re here for a reason. You’ve been invited because you’re a good player, so trust in that.”

“I think what I’ve learned and what I have told some of the young ones is just to enjoy every moment you have wearing that Canada crest on your chest and don’t take it for granted,” echoed Scott. “Coming into your first camp, there’s a lot of stress, you want to perform, you’re playing with the GOATs and the big names that you’ve watched on TV perhaps. I think just remember to enjoy the process and know it’s not going to be perfect.”