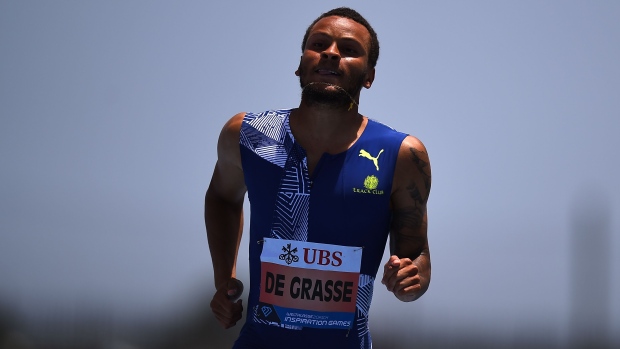 OSLO — Canadians Andre De Grasse and Aaron Brown raced to gold and silver in the 200 metres at the Bislett Games Diamond League meet on Thursday.

De Grasse, a triple Olympic medallist from Markham, Ont., ran 20.09 seconds. Toronto's Brown, who a week earlier captured the Canadian title in the 100 and 200 metres, finished in 20.38.

All of the Canadians competing had previously locked up their spots on the Olympic team, which will be announced Saturday. The Olympic qualifying window closed on Tuesday.