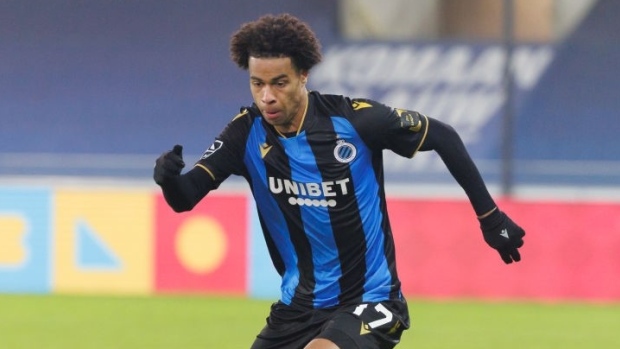 The big news from Canadian players in Europe this weekend was the Club Brugge debut of Tajon Buchanan and the international retirement of Rangers midfielder Scott Arfield.

Here's a look at what some Canadian internationals got up to over the weekend in European club football.

Tajon Buchanan, Club Brugges - The 22-year-old winger from Canadian football factory Brampton, Ont. made his debut for new club Club Bruges on Saturday, following his $7 million move from the New England Revolution. Buchanan was thrown into the deep end right away and managed to swim. Handed a start in his debut against Sint-Truiden, Buchanan played all ninety minutes and was lively. He drew a pair of fouls and had five shots on goal. Club Brugge were 2-0 victors on goals from Charles de Ketelaere and Bas Dost. Brugge sits second in the First Division A table after 22 matches on 43 points, four adrift of leaders Union Saint-Gilloise.

Scott Arfield, Rangers - Scottish Premiership leaders Rangers return to league action on Tuesday with a visit to Aberdeen, but over the weekend the 33-year-old midfielder announced his international retirement from the CanMNT. "From Day 1 in the program, I have stated that this team under the right guidance will fully reach their potential and I'm proud to see it coming to fruition," Arfield wrote on social media. "I have a fantastic relationship with [Canada head coach] John Herdman and want to thank him for trusting and giving me the honour to captain the team in his early days as manager. Thanks to every staff member, every supporter and every teammate along the way." Arfield finishes his Canada career with two goals in 19 appearances. He last put on a Canada shirt in 2019.

Jonathan David, Lille - The defence of Lille's Ligue 1 crown already looked like a longshot, but now a return to European football next season is starting to become a real fight for Jocelyn Gourvennec's side. Sunday's visit to Marseille ended in a 1-1 draw. Lille opened the scoring in the 15th with a goal from Sven Botman, but spent much of the rest of the match on the back foot thanks to Benjamin Andre's sending off in the 32nd. Cengiz Under's 75th-minute strike earned a point for the hosts. Lille now sits in 10th on 29 points, four back of Lens for the final European place. As for Ottawa's David, he played all 90 minutes and had 27 touches, but was held without a shot. David now has company in the chase for the Golden Boot. France forward Wissam Ben Yedder's brace in Monaco's 4-0 win over Clermont put him in a tie with David for the scoring lead with 12 goals.

Steven Vitoria, Moreirense - The Toronto-born defender and his team got a much-needed point in their relegation fight in the Primeira Liga with a surprising 1-1 draw with a star-studded Benfica side. Visitors Moreirense got out to a shock lead in the 61st with an own-goal from Benfica defender Gilberto. The lead didn't last for long, however, as Uruguay striker Darwin Nunez equalized for the hosts in the 65th. Vitoria played all 90 minutes of the draw, drawing a foul, winning a tackle and making an interception. With the draw, Moreirense sit 14th on 16 points from 18 matches, two clear of 17th-place Arouca and the drop zone.

Junior Hoilett, Reading - Already without Alphonso Davies for the next CONCACAF qualifying window, Canada could also be without the services of veteran midfielder Hoilett. During Reading's 2-1 loss to Middlesbrough in Championship play, Hoilett came off injured in the 56th minute and was replaced by Mamadi Camara. Manager Vejlko Paunovic didn't offer much of an update in his notes column on the club's website on Monday, but did say Hoilett incurred a hamstring injury. The 31-year-old Brampton, Ont. native has three goals in 11 appearances for the Royals this season. The first of Canada's three key qualifiers comes on Jan. 27 in Honduras.