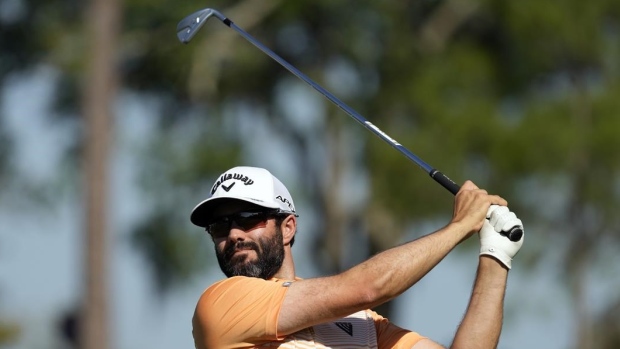 Last Week: Four Canadians made the cut at the RBC Heritage with Corey Conners leading the way with a T12. That marked his fourth finish inside the top 12 in his last six starts. Adam Hadwin and Adam Svensson were tied for 26th, while Roger Sloan ended up tied for 59th place.

On the LPGA Tour, Brooke Henderson was forced to withdraw from the Lotte Championship, a tournament she’s won twice in the last three years, due to illness, while Maude-Aimee Leblanc and Maddie Szeryk both missed the cut.

The top Canadian on the Korn Ferry Tour was Wil Bateman who posted a 64 in the final round to end up tied for 18th spot. Ben Silverman and David Hearn also made the cut.

At TPC Louisiana in Avondale, La.

* This is a team event with the first and third rounds using Fourball (better ball) and the second and fourth using Foursomes (alternate shot).

At the Lakes Course in Infinitum, Tarragona, Spain

Canadians in the field: Aaron Cockerill

At the Wilshire Country Club in Los Angeles.

At the Copper Rock Golf Course in Hurricane, Utah

At the Las Colinas Country Club in Irving, Tex.

Canadians in the field: Mike Weir