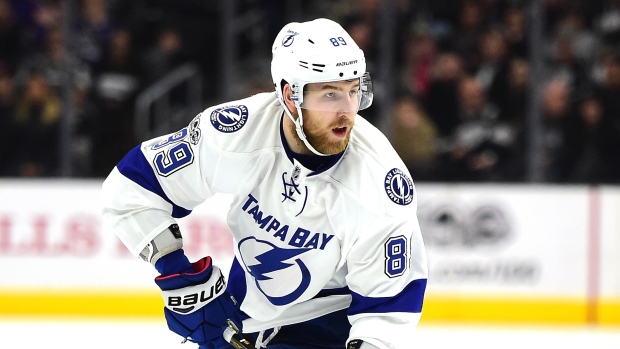 The Montreal Canadiens have acquired defenceman Nikita Nesterov from the Tampa Bay Lightning in exchange for defenceman Jonathan Racine and a sixth-round pick in 2017.

Canadiens acquire defenseman Nikita Nesterov from Tampa, in return for defenseman Jonathan Racine and a 6th round pick in 2017.

The 23-year-old Russian is set to become a restricted free-agent on July 1.

#Habs hadn't been able to find the right No. 6/7 defenceman all year. Nesterov will do that quite well. https://t.co/goFEJIys0T

Nesterov, a left-hand shot, was selected by the Lightning in the fifth round (148th overall) of the 2011 draft.

Racine, also 23, has three assists in 26 games with the AHL's St. John's IceCaps this season. He was a third-round pick of the Florida Panthers in 2011.

Racine was acquired by the Canadiens in October, 2016 in the trade which sent Tim Bozon to the Panthers.