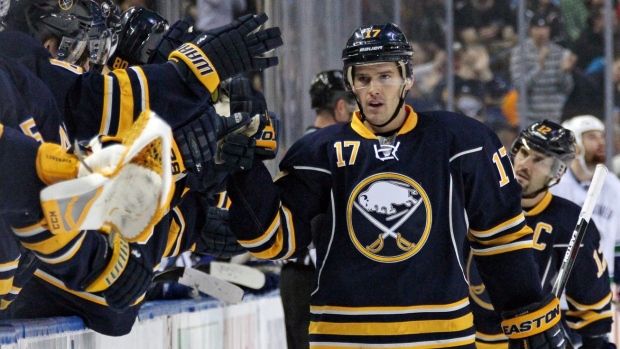 The Buffalo Sabres have traded centre Torrey Mitchell to the Montreal Canadiens in exchange for a prospect and a draft pick.

The 30-year-old has scored six goals and seven assists in 51 games with the Sabres this season.

Mitchell is currently in the final year of a three-year deal worth an average annual value of $1.9 million and is eligible to become an unrestricted free agent at season’s end.

Originally selected in the fourth round (126th overall) of the 2004 NHL Entry Draft by the San Jose Sharks, Mitchell has scored 42 goals and 62 assists in 443 career games with the Sharks, Sabres and Minnesota Wild.