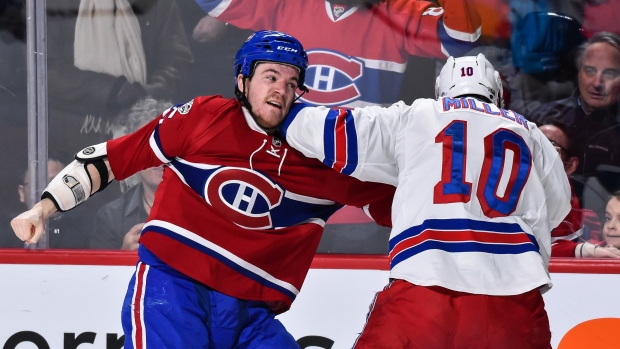 Shaw, who hasn't played since December due to a concussion, was charged with an interference major and totalled 22 penalty minutes for his infraction.

Fast collected the puck in the defensive zone, turned up ice and sent a breakout pass through the neutral zone to Michael Grabner. Shaw, a few feet away, curled along the blue line and collided with the unsuspecting winger.