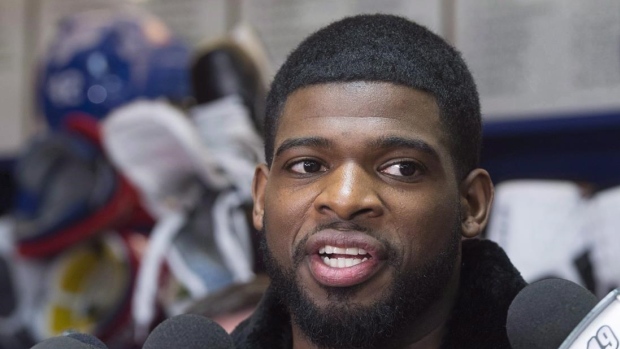 The Montreal Canadiens defenceman is teaming up with the Just For Laughs Festival for the "P.K. Subban's All-Star Comedy Gala" on Aug. 1 in Montreal.

Proceeds raised by the P.K. Subban Foundation for the gala will be donated to the Montreal Children's Hospital Foundation.

Last year, Subban and his foundation pledged at least $10 million to the hospital, billed as the largest philanthropic commitment ever made by a professional athlete in Canada.

"The Kids in the Hall" alum Scott Thompson will host the 18th edition of "Homegrown Comics" on July 29.

Saturday Night Live" star Jay Pharoah will also take to the stage as host of "JFL All Access Live" on July 27.