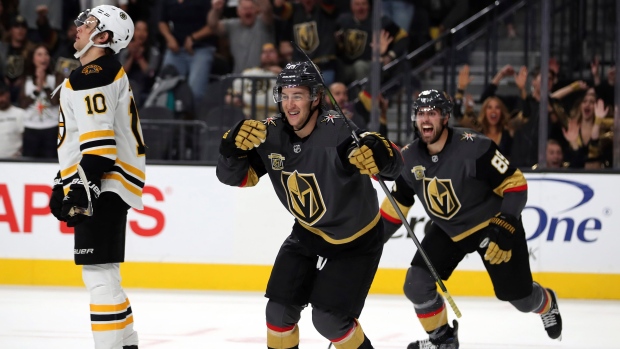 The Vancouver Canucks have acquired forward Brendan Leipsic from the Vegas Golden Knights in exchange for defenceman Philip Holm, the team announced.

Leipsic, 23, was selected by the Golden Knights in the expansion draft from the Toronto Maple Leafs. He has two goals and 13 points in 44 games this season.

“We’ve followed Leipsic for a while. He adds speed, quickness and skill that we need. We’re going to give him an opportunity to play with skilled players so we can see what he can do," general manager Jim Benning said.

Leipsic entered the league as a third-round draft pick of the Nashville Predators in 2012.

Holm has appeared in one game with the Canucks this season. He has 11 goals and 29 points in 42 games with the AHL's Utica Comets this season.