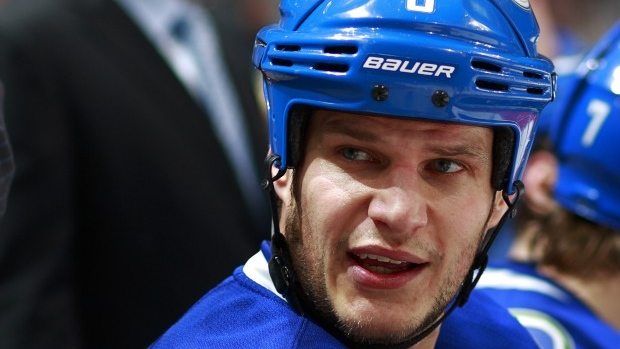 The Vancouver Canucks lost two players to injuries Sunday night in their 3-1 loss to the Nashville Predators.

Kevin Bieksa appeared to take a puck in the eye late in the first period while Tom Sestito suffered a leg injury on his first shift of the second period. This was Sestito's second game of the season. Neither player returned to the game.

Head coach Willie Desjardins didn't reveal too much about the injuries after the game saying "Bieksa is going to get looked at" and Sestito "might be a couple of days." The Bieksa injury isn't believed to be serious, but Sestito was seen leaving the building on crutches.