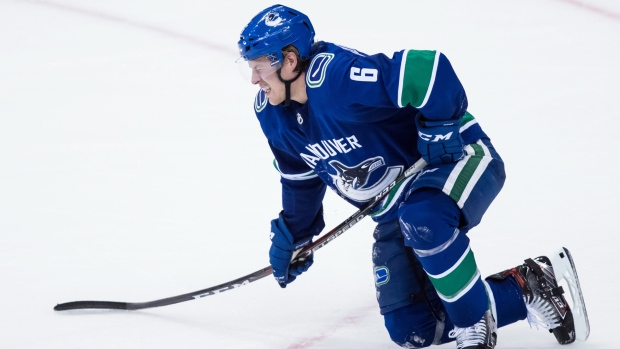 Vancouver Canucks forward Brock Boeser is likely to return to the lineup on Tuesday against the Los Angeles Kings.

Boeser has been skating for about a week while the Canucks were on their California road trip and finally took part in a full practice on Monday. He was back on the top line at practice alongside Nikolay Goldobin and Elias Pettersson.

The 21-year-old has missed 11 straight games due to a groin injury.

Boeser last played on Nov. 2 when he recorded two goals and two assists in a 7-6 overtime win over the Colorado Avalanche.