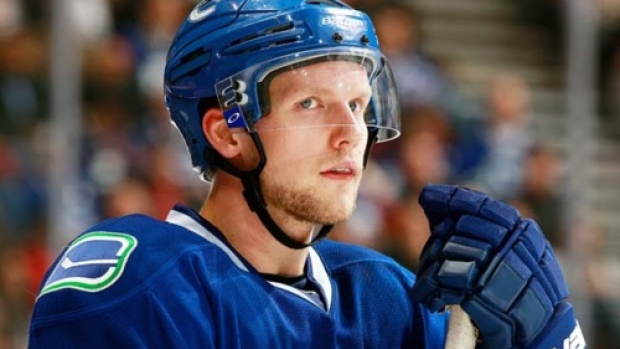 Vancouver Canucks defenceman Alex Edler will miss the next four to six weeks after going undergoing finger surgery on his left hand, the team announced Monday.

Defenceman Alex Edler will undergo surgery today for a fractured index finger on his left hand. His expected recovery is 4-6 weeks. pic.twitter.com/xKkt4Kawqo

The 30-year-old native of Sweden blocked a shot by Avalanche centre Carl Soderberg in the first period of Saturday's game in Colorado. He left and did not return to action.

Edler has one goal and two assists over 21 games this season with the Canucks, his 11th with the franchise.