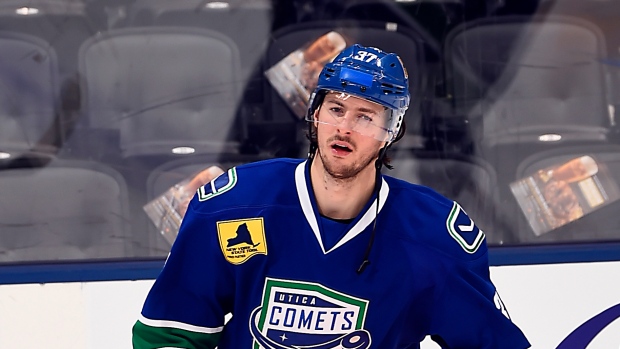 The six-foot-five, 218-pound defenceman made his NHL debut with the Canucks in 2015-16, playing 13 games and recording 18 penalty minutes.

Vancouver acquired the native of Kaunas, Lithuania, from the New York Islanders in exchange for Alexandre Mallet and a 2016 third-round selection on Nov. 25, 2014. He was originally selected 63rd overall by the Islanders at the 2011 NHL draft.

"Andrey had a good season in Utica and we're pleased to re-sign him," Canucks general manager Jim Benning said in a statement. "He adds depth to our defence and his speed, size and physicality gives our coaching staff more options to compete every night."