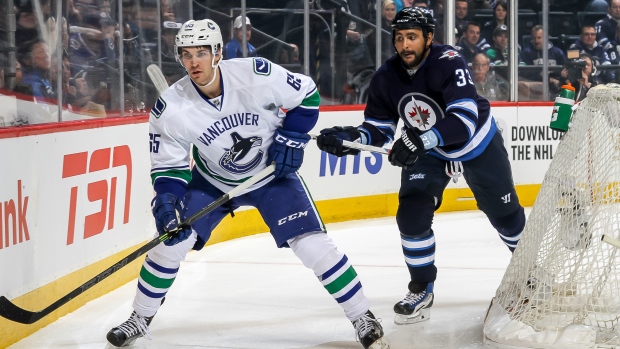 VANCOUVER - The Vancouver Canucks have recalled right-wing Alexandre Grenier from the Utica Comets of the American Hockey League.

The 24-year-old Grenier has appeared in 33 games with Utica this season, ranking second on the team in scoring with 19 points (six goal, 13 assists).

He made his NHL debut on Nov. 18 at Winnipeg.

Vancouver drafted the Laval, Que., native in the third round, 90th overall, of the 2011 NHL draft.