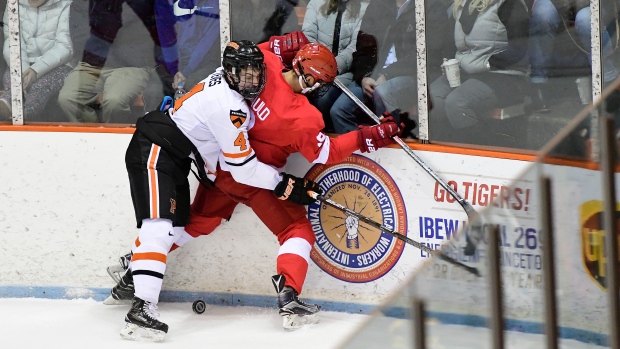 A pair of Princeton Tigers have chosen their professional paths on Tuesday.

College UFAs: Kuffner to DET and Teves to VAN. Both from Princeton.

A native of Calgary, Teves, 24, just completed his senior year with the Ivy League program.

He appeared in 30 games for the Tigers, scoring three goals and adding 17 assists.

Teves appeared in 126 games over four seasons at Princeton.

He had previously attended the 2018 New York Rangers prospects camp.

An Ottawa native, Kuffner had 22 goals and 22 assists this season in 31 games.

Kuffner potted 65 goals over four seasons with the Tigers.