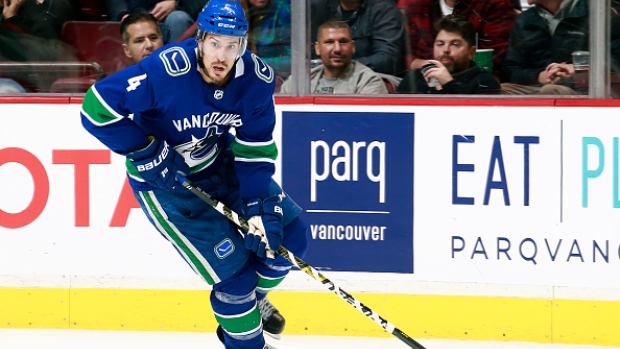 VANCOUVER — Defenceman Michael Del Zotto was traded by the Vancouver Canucks to the Anaheim Ducks late on Wednesday for defenceman Luke Schenn and a seventh-round pick in the 2020 NHL entry draft.

The 29-year-old Schenn has split his season between Anaheim and the Ducks' AHL-affiliate in San Diego.

Schenn has played eight games with the Ducks this season and has two goals and eight assists in 22 games with San Diego.

He has 30 goals and 113 assists in 716 career NHL games split between Anaheim, Arizona, Los Angeles, Philadelphia and Toronto. He has two goals and an assist in 12 post-season games.

Schenn was drafted fifth overall by Toronto in the 2008 NHL Entry Draft.