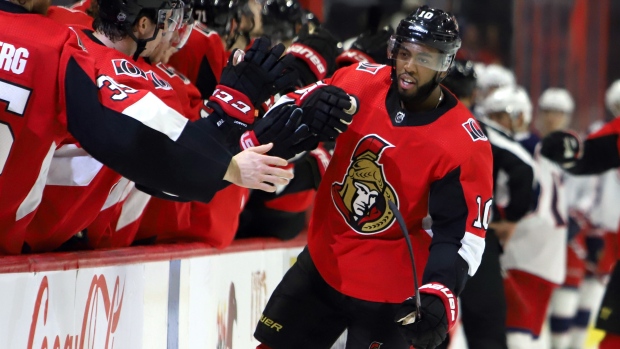 With the 2020 NHL Entry Draft in the rear-view mirror, front offices are turning their attention to the growing talent pool available in unrestricted free agency.

We knew the league’s economic crisis, coupled with the flat salary cap growth, would force teams to make difficult roster decisions. A number of those difficult decisions started to manifest during the draft, particularly with restricted free agents and qualifying offers.

In normal years, qualifying offers are nothing more than accomplishing the bare minimum. These one-year offers, calculated at 100 to 120 per cent of the player’s base salary, allow for a team to retain the rights of first refusal or draft choice compensation should the player sign an offer sheet. Players frequently reject these qualifying offers and file for arbitration, generally because arbitration awards (or negotiated contracts down the road) deliver bigger paydays.

But this isn’t a normal year. A big arbitration award could be of concern to a cash-poor or cap-burdened team heading into 2020-21. Not surprisingly, this concern has displaced a number of quality players into free agency – most of whom are still on the right side of the aging curve and will likely be had inexpensively.

The below table isn’t a comprehensive collection of non-qualified restricted free agents, but I think this Goals Above Replacement retrospective captures the talent pool quite well (via Evolving Hockey). 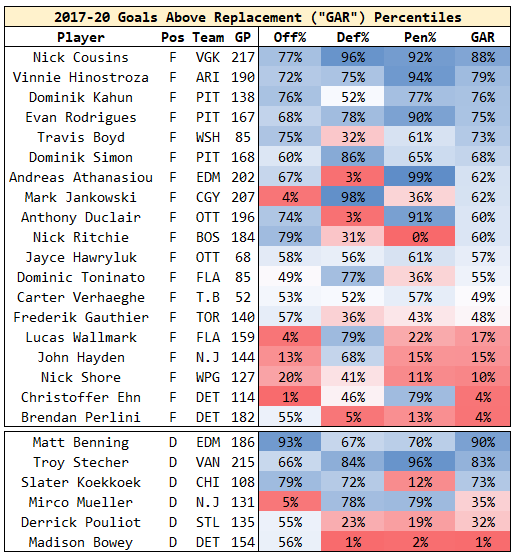 As you can see, a number of these players compare quite well. A forward like Nick Cousins (non-qualified by Vegas), or defencemen like Matt Benning (non-qualified by Edmonton) and Troy Stecher (non-qualified by Vancouver) will have no issue finding contracts – they have been capable NHLers for years and were textbook definitions of cap casualties by their respective teams.

But even down the table, there is plenty of available talent. Looking for a capable offensive forward? Ottawa made a surprising – perhaps even shocking – decision to non-qualify forward Anthony Duclair, who managed to score 23 goals and 17 assists before the regular season was stopped.

Looking for a capable checking line forward? Mark Jankowski has carried some of the league’s best shot and expected goal differentials for a few years now despite some shaky goaltending behind him.

I think teams expected this off-season to be about goaltending, and understandably so. But the level of talent in the skater ranks available in free agency has grown considerably in the past week.

For the teams that do have some cap flexibility, there are a number of impact players that can be had at a fraction of the usual cost – and that’s true whether you’re a rebuilding team or a contender looking for the final piece.