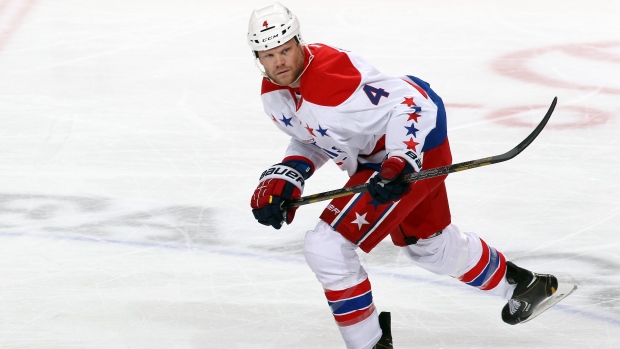 WASHINGTON - Capitals defenceman John Erskine has had surgery to repair a disk in his neck.

The team announced Erskine's operation on Wednesday, before Washington played a game at the Edmonton Oilers.

Erskine is scheduled to start his rehabilitation program in the next few weeks, the Capitals said.

The 6-foot-4, 220-pound defenceman has not appeared in a game this season.

He has played for three clubs in an NHL career that began during the 2001-02 season, totalling 15 goals, 39 assists and 865 penalty minutes.