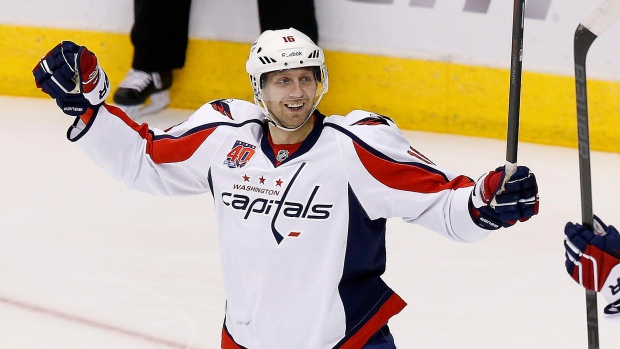 UNIONDALE, N.Y. - Washington Capitals centre Eric Fehr will miss at least the next two playoff games against the New York Islanders because of an upper body injury.

Coach Barry Trotz provided the update Monday, a day after Fehr was hurt in Washington's 2-1 overtime loss. Fehr didn't return after being checked heavily to the ice by Islanders forward Kyle Okposo about four minutes in.

Trotz said the injury is not related to the shoulder injury that forced Fehr to miss the final three games of the season.

The Capitals trail the series 2-1 entering Game 4 in New York on Tuesday.

Forward Marcus Johansson was limited in practice because of a lower body injury, but is expected to play Tuesday.