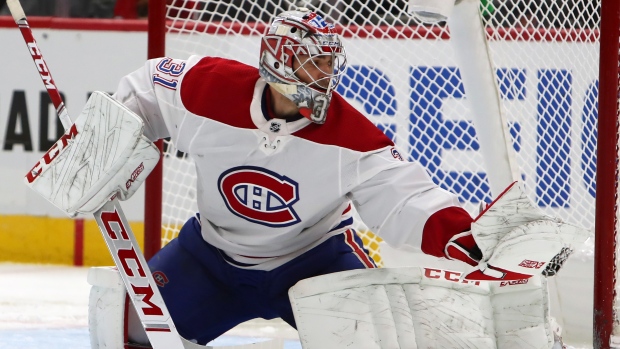 The Montreal Canadiens will provide a medical update on goaltender Carey Price on Friday, the team announced on Wednesday. The 34-year-old will continue off-ice workouts but has not skated since his on-ice workouts were stopped on Feb 15.

#Habs will have a medical update regarding Price on Friday. He continues off-ice workouts.

Despite having his on-ice work stopped, Habs' general manager Kent Hughes said during a press conference last week that Price still has a chance to play this season.

Price underwent off-season knee surgery following the Canadiens' run to the Stanley Cup final and has yet to suit up for a game this season. Prior to the start of the year, Price entered the NHL's player assistance program in October for mental health and substance abuse reasons.

Price has spent his entire 15-year career with the Canadiens, winning the Hart Memorial and Vezina Trophies in 2015.

The Canadiens also updated the injury status of several other players on Wednesday. Forwards Joel Armia (upper-body), Jonathan Drouin (wrist), and defenceman Joel Edmundson (back) are all improving.