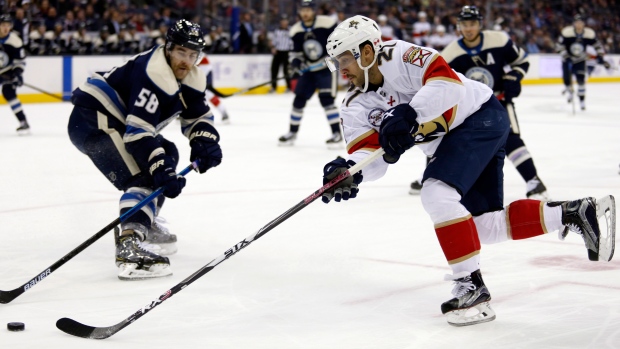 Haula, Walmark and two prospects going to Florida in exchange for Trocheck https://t.co/4xp39AVZWs

Trocheck has 10 goals and 26 assists in 55 games for the Panthers this season.

The 26-year-old has played his entire seven-year career with the Panthers after the team selected him in the third round in 2011. He’s recorded 111 goals and 171 assists in 420 career games.

Trocheck has two years remaining on his contract after this season, at a salary cap hit of $4.75 million.

In 41 games for the Hurricanes this season, Haula has 12 goals and 10 assists. The 28-year-old has 85 goals and 88 assists in 398 career games split between the Hurricanes, Vegas Golden Knights, and Minnesota Wild.

Priskie, a defenceman, has six goals and 25 assists in 52 games with the Checkers.