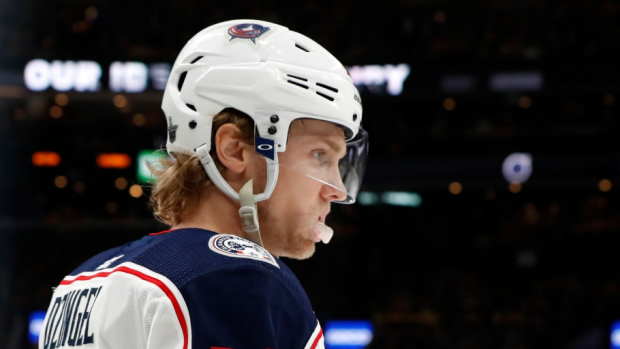 The Carolina Hurricanes have signed forward Ryan Dzingel to a two-year, $6.75 million contract.

The deal will see Dzingel, scored 26 goals and posted 56 points in 78 regular season games with the Ottawa Senators and the Columbus Blue Jackets this past season, make $3.25 million next season and $3.5 million in 2020-21.

"Ryan has proven that he can be an impact player offensively, putting up bigger numbers over each of his three full-time NHL seasons," Hurricanes general manager Don Waddell said in a team release. "His speed, skill and vision make him an excellent fit for our forward group and our style of play. At 27, he's just entering his prime and certainly had options coming off a 26-goal season, so we're happy he's chosen to be a part of the Carolina Hurricanes."

The 27-year-old was traded to the Blue Jackets in February along with a 2019 seventh-round pick for Anthony Duclair and second-round picks in 2020 and 2021. In the Stanley Cup playoffs, Dzingel tallied one goal in nine games with the Blue Jackets.

Dzingel spent four seasons with the Senators prior to the trade after being drafted by the team in the seventh round of the 2011 NHL Draft. He is coming off a two-year, $3.6 million contract.