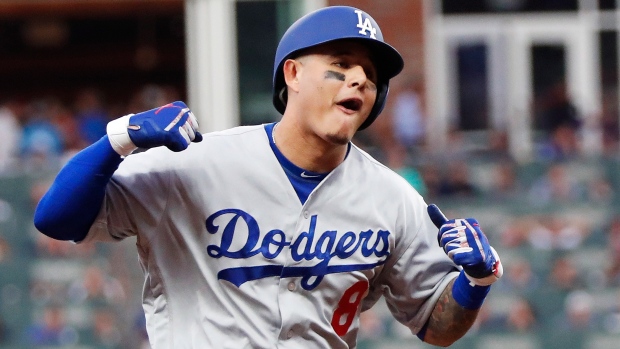 LAS VEGAS — Yankees general manager Brian Cashman says he has been talking about Manny Machado with the infielder's agent.

New York shortstop Didi Gregorius is expected to miss at least half of next season while recovering from Tommy John surgery, leaving the team in search of an infielder.

"I've had several conversations with Dan Lozano about Manny Machado," Cashman said Monday at the winter meetings. "So we are we are definitely focused in the marketplace on those areas of need and he, obviously, is available and solves that area of need. So, not going to deny we've had a conversation. Or two."

Cashman said last month that Machado would have to explain his comments that he isn't "Johnny Hustle" and his failure to run hard on the bases, which became glaring in the post-season. Cashman would not say whether he plans to meet with Machado.

Bryce Harper, the other top free agent, appears to be of little interest to the Yankees, at least publicly. Asked whether he had met with the Las Vegas native, Cashman responded: "Are you serious?"

"People ask about the first-base stuff and I'm sure it's potentially a possibility, but it's not something that we would play on at that level and that type of money, to play something like that at first base," Cashman said.

New York, in search of its first title since 2009, is interested in adding another starting pitcher to its rotation, which is projected to include Luis Severino, Masahiro Tanaka, James Paxton and CC Sabathia. The Yankees would like to reach a deal with left-hander J.A. Happ but are uncertain whether other teams will evaluate the 36-year-old left-hander more highly.

Cashman said New York thought 29-year-old left-hander Patrick Corbin was the top free agent pitcher on the market but did not think he was worth paying what Washington agreed to: a $140 million, six-year contract.

In an era of luxury tax and revenue sharing, New York behaves far differently than it did when George Steinbrenner pursued a string of top free agents. Cashman cited a need for rigid "process and discipline" to ensure "we can be a viable contender now and hopefully a viable contender later at the same time."