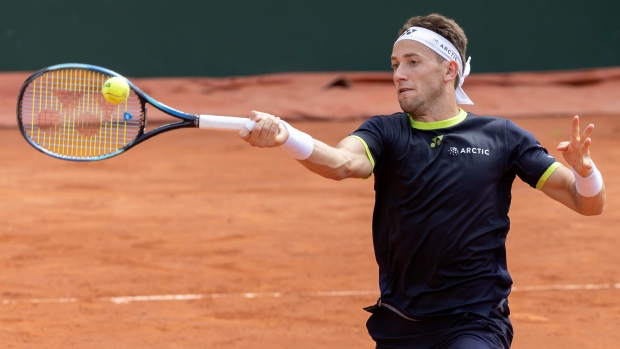 GENEVA (AP) — Casper Ruud will defend his Geneva Open title against unseeded Joao Sousa after both had straight sets wins in the semifinals on Friday.

Ruud took the only break-point chance of the match at 5-5 in the second set then sealed the win with back-to-back aces. Ruud had just four aces compared to 12 for Opelka.

Ruud has hit form approaching the French Open that starts on Sunday, also reaching the semifinals of the Masters event in Rome last week.

Sousa advanced to his first clay-court final since 2018 by beating Richard Gasquet 6-2, 6-2. Sousa was a runner-up at Geneva seven years ago.