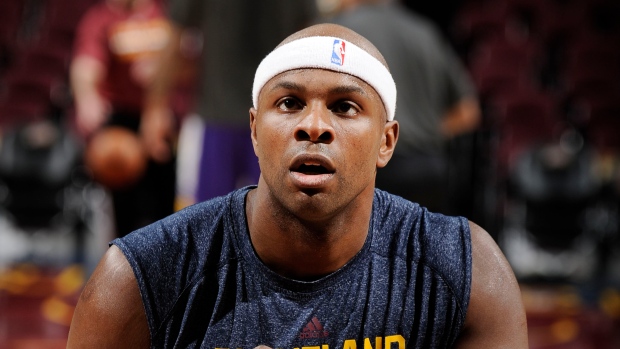 CLEVELAND - The Cleveland Cavaliers have traded forward Mike Miller and centre Brendan Haywood to the Portland Trail Blazers to create salary-cap room and save luxury-tax money.

The Cavs have been shopping Haywood's expiring $10.5 million contract for weeks and worked out a deal with the Blazers, who will also get two second-round picks from Cleveland. Both teams confirmed the trade on Monday.

The Blazers are expected to cut Haywood, who barely played for Cleveland last season. Miller was signed last summer, bringing playoff experience and 3-point shooting to the Cavs, but he was hardly used in the playoffs.

Haywood, a 13-year NBA veteran, has averaged 6.8 points and six rebounds during stints with Washington, Dallas, Charlotte and Cleveland.

Miller, a 15-year veteran, has averaged 11.3 points, 4.4 rebounds and 2.7 assists with stops in Orlando, Memphis, Minnesota, Washington, Miami and Cleveland.

The moves will allow the Cavs to create trade exceptions for $10.5 million and $2.85 million to sign players.

The Blazers were able to absorb the contracts of both players because the team is under the salary cap.

It is believed that Portland will waive Haywood before his contract becomes guaranteed on Saturday. Miller, whose $2.8 million salary next season is guaranteed, will reportedly seek a buyout and become a free agent.