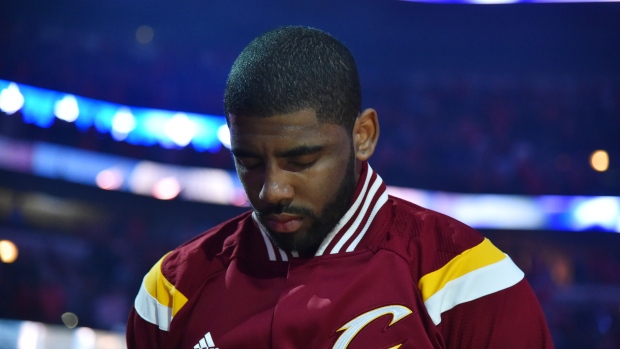 CLEVELAND - Kyrie Irving's long road to recovery has reached the end. All the pain, the grueling hours of rehab, the unceasing wait is finally over for the Cavaliers' star point guard.

He can play again.

Irving will make his season debut on Sunday against the Philadelphia 76ers, returning to the floor for the first time since breaking his left kneecap in Game 1 of the NBA Finals.

More than six months since he crumpled to the floor while trying to make a move against Golden State, Irving will be back in uniform for the Cavs, who aren't the same team without the 23-year-old.

Irving has felt nerves before games, but none like the ones he's certain to have as he completes his comeback.

"This is kind of a new chapter," he said following practice. "It'll be a different experience, but just the amount of practice, the amount of time I put in, the amount of work that is coming to fruition and I'm just excited that it can happen now."

Irving had been expected to come back earlier this week, but he said there were still some medical hurdles to overcome and he and the Cavs, who started the season 17-7 without him, wanted to make sure he was 100 per cent

"I've been ready to play, but biomechanically, we just wanted to make sure everything was good so I'm not putting myself at higher risk to go out there and get hurt again," he said.

"Our staff did an unbelievable job of getting me prepared, going through the long rigorous months of kind of being down and out, getting hurt in Game 1 of the Finals and now, here we are, almost six, going on seven months, and now I'm back and ready to play, so I feel good."

Irving said he has had to learn patience during his ordeal.

"You wouldn't wish injury on anybody, just going through those months, just being a prisoner of your own emotions and thoughts, that's the hardest thing and getting yourself out of it and thinking about what's the goal and task that's important to you," he said. "Life will hit you with a whole bunch of punches at once and you gotta withstand it.

"You gotta persevere and I'm glad that I'm at this point. I'll probably go home and let all my emotions out, but I'm pretty excited to be back out there with my brothers."

Irving said his minutes will be restricted as he eases his way back. He needs to improve his conditioning and strength. He won't take the court looking to make up for lost time.

"The guys continue to give me confidence. If they feel I'm being lackadaisical out there, they'll tell me, just like I would expect them. They expect me to play at a high level and I expect myself to as well."

With elite ball-handling and scoring skills, Irving completes the Cavs, who believe that with him they can get back to the Finals.

He will likely start against the woeful Sixers, who are just 1-27 and have lost nine in a row.