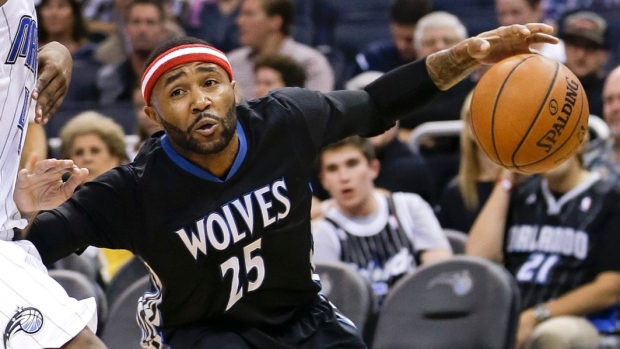 Williams agreed last week to a two-year, $4.3 million contract, and the club made his signing official Friday. The 32-year-old will serve as All-Star Kyrie Irving's backup and bring the club post-season experience along with a player James knows well.

Williams spent parts of three seasons with the Cavs, appearing in the playoffs twice.

A 12-year veteran, Williams played last season for Minnesota and Charlotte. He scored 52 points for the Timberwolves in a game against Indiana on Jan. 13.

Cavs general manager David Griffin called Williams a "a proven, high-calibre playmaker." He says his ability to space the floor at each guard position is essential.

Williams has also played for Utah, Milwaukee, the Los Angeles Clippers and Portland.