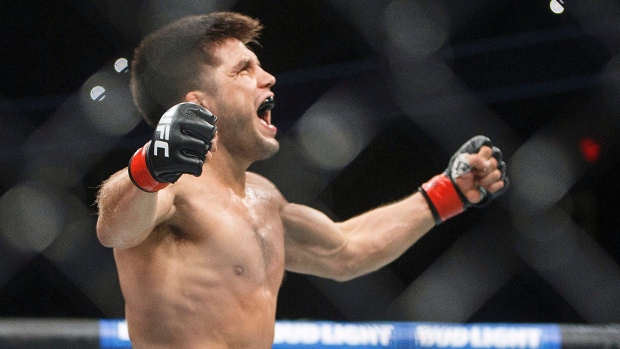 Henry Cejudo will make the first defence of his flyweight title against bantamweight champion T.J. Dillashaw at UFC 233 at Honda Center in Anaheim, the UFC announced on Monday.

🏆 vs 🏆@HenryCejudo defends the flyweight belt against bantamweight champ @TJDillashaw at #UFC233 in Anaheim at the @HondaCenter!

Cejudo captured the flyweight title at UFC 227 with a historic, split decision victory over Demetrious Johnson.

Dillashaw defended his bantamweight title in his last bout, a first round TKO victory over Cody Garbrandt at UFC 227.