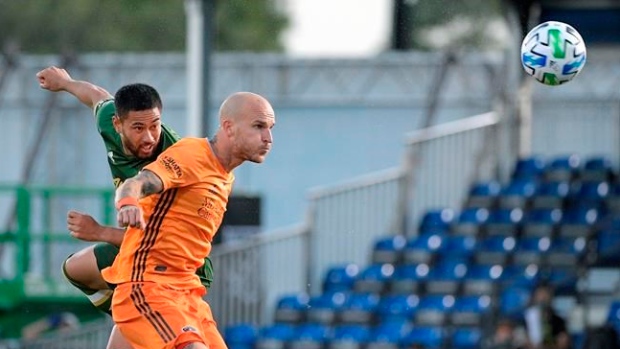 The newly christened CF Montreal swung a trade with the Houston Dynamo on Monday, sending forward Maxi Urruti and a second-round pick in the 2022 MLS SuperDraft to the Houston Dynamo in exchange for Slovakia defender Aljaz "Kiki" Struna and an international roster spot.

"We are pleased to add a tall centre-back to our defensive core," CF Montreal sporting director Olivier Renard said in a statement. "He has experience in MLS and on the international scene, and he's played several years in Italy. I would like to thank Maxi for his two seasons with us and wish him the best of luck in Houston."

Struna, 30, has spent the past two seasons in MLS after transferring over from Palermo. He made a combined 46 appearances over both seasons with the Dynamo.

Internationally, Struna has been capped 21 times by Slovakia.

Urruti, 28, heads to his fifth MLS club and second in Texas. Originally joining MLS in 2013 with Toronto FC, Urruti has also spent time with the Portland Timbers and FC Dallas.

In 53 appearances across all competitions over two seasons in Montreal, Urruti had nine goals.