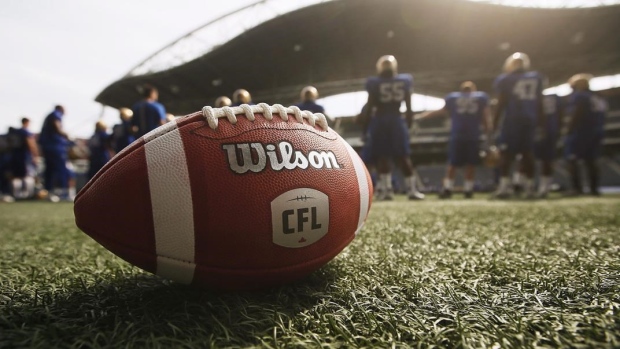 TSN Football Insider Dave Naylor joins Jermain Franklin to discuss where things go from here after the tentative CBA agreement between the CFL and CFLPA was voted down Monday. Here is the latest on a bizarre situation in the Canadian Football League.

Franklin: Last Wednesday, we thought we had a deal. Now it appears that we don’t. What happened?

Naylor: We say we’ve seen it all in the CFL. Well, apparently not, because we are into uncharted waters on this one. A couple of things happened. I think, one, you have to recognize that the CFLPA union leadership has one of the toughest jobs in all of sports. They have to negotiate a CBA while representing the interests of Canadian players and American players. Which don’t always line up. And a couple of things in the deal here seemed to be more favourable for American players. They got, say, extended health benefits post-career. Well, that’s a bigger issue for American players than Canadian players because of socialized medicine and healthcare in Canada.

You know, the ratio, which guarantees seven Canadian starters per team, was essentially rolled back to five and a half. So again, that was more of a win for American players than the Canadian players. That’s why the perception is that it was the Canadian players that rejected this deal. We don’t know that. It’s a secret vote. But people are assuming because they look at the deal and it seemed to have more in it for American players than Canadian players. Particularly the ratio issue is very sensitive and the other one, we keep hearing the players were expecting a ratification bonus. Some leagues will kind of hold that carrot out there. Hey, if you guys sign this new CBA, everyone gets a cheque. From our reporting, we cannot find that this was ever discussed at the bargaining table between the league and the Players’ Association. But some players had the expectation that they were going to get this. They didn’t, and that apparently plays into part of it as well.

Franklin: Where do we go from here?

Naylor: There’s a few things that could happen, all kinds of possibilities. I think the union could go back on strike, that would be one. The owners could lock them out. And then you have to think about the timing of that. There’s pre-season games this Friday which tend to be very good for the owners because they collect full ticket prices but they don’t pay the players full wages. Could the players strike those games? Whose interest would it be to delay the start of the regular season? Would the owners lock them out at some point? And the other thing is that the owners are housing and feeding players at their training camp locations right now. And they expressed to the players that in the event of a work stoppage we’ll keep housing and feeding you, but I don’t know if with this latest twist that is going to hold up necessarily. We don’t know if there’s going to be practice this week.

There are so many unknowns right now and it really, I think, will depend on to some degree on what the players decide to do first and then we’ll see what the owners do next. Are they both going to get right back to the bargaining table together? I’m not necessarily sure that would happen that both sides are going to be ready to do that. They’ve followed the process as it was set out. The other question we have to think about also is the leadership of the union. This is not just the rejection of a deal. This is a rejection of your union leadership that negotiated this deal and the player reps that recommended that you vote for it. So, this is chaos.