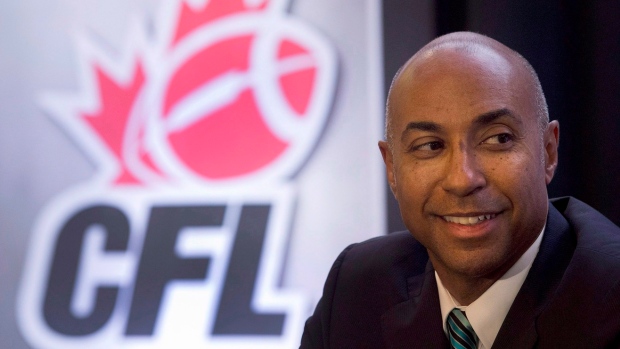 TORONTO - There will be drug testing this season in the CFL.

The league and the CFL Players' Association jointly announced Thursday expanded testing for performance-enhancing drugs will take place in 2016. There was no drug testing last year after the CFL severed its partnership with the Canadian Centre for Ethics in Sports, which had conducted the tests.

The partnership was rekindled this off-season with the CCES resuming its role.

Under terms of the new agreement, the number of tests conducted will be equal to 100 per cent of the players in the league. But because testing will be random, it's possible some players will be tested twice while others won't be tested at all.

"The CCES commends the CFL and CFLPA for the persistence they have shown and the progress they have made in improving their anti-doping policy," Paul Melia, the president and CEO of the CCES, said in a statement. "The improvements to the policy will significantly increase its effectiveness."

"The CCES looks forward to working with both the CFL and CFLPA in implementing these policy revisions, and continuing to provide expert advice to keep this policy up to date and effective."

Players testing positive will face a two-game suspension for a first violation. It will increase to nine games for a second violation and a one-year ban for a third offence.

A fourth violation will result in a lifetime ban.

Under terms of the initial policy, a player testing positive for the first time became subject to mandatory testing and received the option of counselling while his identity remained confidential. A second offence triggered a three-game suspension with continued mandatory drug testing and the public disclosure of the player's identity.

The penalties for third and fourth offences are identical in both policies.

Violations will now be publicly disclosed once all appeals have been exhausted. And the CFL commissioner can reduce a suspension based on exceptional circumstance.

The teams and league will provide appropriate National Sanitation Foundation (NSF) certified supplements to their players, with the list to be developed by mutual agreement and based on professional advice.