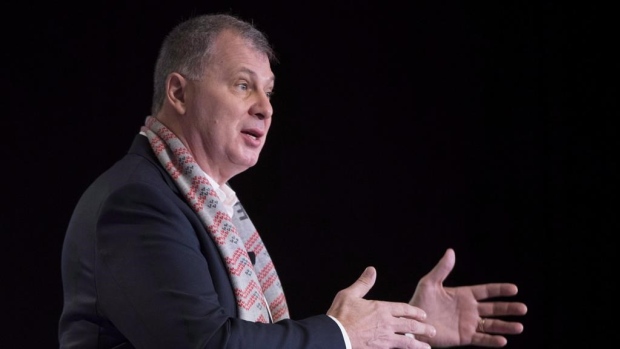 On the Friday of every Grey Cup Week, the Canadian Football League commissioner delivers his annual state-of-the-league address, an opportunity to provide a snapshot of the league’s business and projections for its future.

And when you’re talking about the CFL, those are subjects that are always relevant.

This year, the “state of the league” really is the question, given all it has been through since the last time Randy Ambrosie delivered his address at the 2019 Grey Cup in Calgary.

There was the cancelled 2020 season, followed by cost-cutting to put on an amended 2021 regular season schedule followed by playoffs which winds up Sunday in Hamilton with the latest Grey Cup championship in its history.

In its wake are a million questions about where the league goes from here, some of which Ambrosie will try to address on Friday.

It has not been an easy time being commissioner of the CFL, a league whose lifeblood is getting bums in seats.

Ambrosie’s tenure during the COVID-19 pandemic has been characterized by three things – a failed attempt to stage a 2020 season, an occasionally fractured relationship with the CFL Players Association, and a dance with the owners of the XFL about potential collaboration.

None of those stories played well with the league’s traditional fans, making him often the lightning rod for frustrations and criticism, things that would be hard to just shake off from the centre of the storm.

What the pandemic did, however, was force Ambrosie to talk bluntly about the league’s economic challenges, dropping the league’s traditional fake-it-til-you-make-it approach that all is well under the hood.

Which is no small part of what sent the CFL down the road with the XFL in conversations that would have brought more change to the league in one swoop than in all of its previous existence. Everything from the rules to the business model to the make-up of the players would have had to change overnight.

Ultimately, the league decided not to go there, and the XFL is making plans to relaunch without the CFL in February of 2023. But the fact that the CFL got as far as it did down that road is telling in itself.

The question now becomes how a commissioner who has been blunt and honest about the business of Canadian football intends to change it.

The league’s global player initiative is still years away from providing meaningful monetary returns. It is apparently ready to adopt a broader definition of revenue sharing than ever before. And there is the anticipation that the CFL will get a windfall as the legal gambling market matures.

But beyond that, how does the league get to a place where it can actually create value in its franchises so that people will want to own them?

Philanthropy as a business model is inherently risky as there’s always a day when an owner says “enough” and walks away, as some fear Maple Leaf Sports and Entertainment may one do with the Toronto Argonauts. MLSE’s enthusiasm for the XFL collaboration fed speculation it may want out of the CFL business, although there’s no tangible evidence of that being imminent.

To succeed in their business of operating a professional sports league, the CFL must find ways to reverse the demographic trends that have been happening for years, with its fan base aging out and not being replaced from the other end. That’s a theme that’s come up a lot this season, including in public from the chairman of the Edmonton Elks.

And then there is the matter of the game and its entertainment value which dipped considerably in 2021.

In short, CFL games this season were lower-scoring, with less offence, often filled with turnovers and sacks.

It hasn’t been pretty football to watch, which leaves the league with a choice: attribute the diminished quality of the game to the pandemic and do nothing. Or get out the wrench and start playing with the parts.

There is reason to believe it’s not just about the pandemic, with the league trending in a defensive direction before the year-long stoppage in play. And many point to an Ambrosie initiative to eliminate padded practices in 2017 as one of the culprits, making it all extremely challenging to develop offensive linemen, who are instead forced to learn on the job at their team’s expense.

Whatever the reason, the league needs to get this right because the virtues of Canadian football were too rarely on display this season. Negotiating a new collective agreement with the CFLPA this off-season may provide another means to look at ways to improve the product.

The Canadian Football League came back this season, which is in itself an accomplishment.

But it’s emerging with a full plate of challenges on the road ahead.