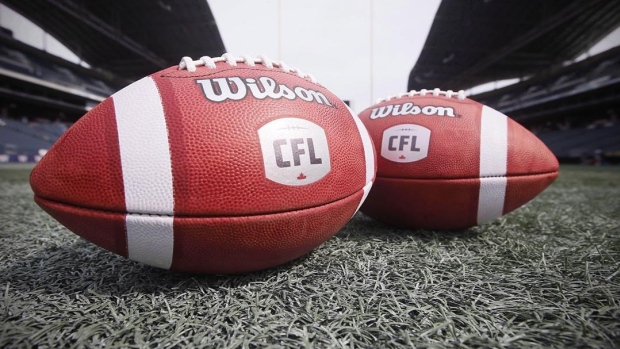 TORONTO — The CFL is on hold until at least the start of July, with league officials looking at various scenarios once governments and medical experts decide it is safe to play again.

The league was slated to kick off the regular season on June 11. But that date has been overrun by various restrictions due to the COVID-19 pandemic, prompting the CFL to say Tuesday that it won't open before the beginning of July.

"This is one country. We're all playing for Team Canada right now," commissioner Randy Ambrosie said in an interview. "Making the announcement as we did today was just part of getting Canada back on its feet and healthy again."

The announcement follows recent comments by Mayor Naheed Nenshi that Calgary's ban on public events until June 30 includes CFL and NHL games should those leagues resume before then.

Toronto Mayor John Tory announced last week that Canada's largest city is cancelling events through June 30 that require city permission. That did not extend to sporting events although provincial gathering bans would factor in.

"We respect the decisions being made by the federal government, provinces and municipalities on behalf of our safety and we will continue to follow their directives," Ambrosie said in announcing the season delay. "These include indications from Canadian cities that they will not allow sporting events to take place before the end of June.

"While it is now clear that the 2020 CFL season won't start before the beginning of July, we are committed to working with our teams, the Players' Association, TSN and RDS to play a full season or as close as we can come to one. We recognize this may require some creativity and we are preparing for multiple scenarios."

Pre-season play was scheduled to open May 24 with Edmonton at Winnipeg.

The regular season was slated to start June 11 with the B.C. Lions playing at the Edmonton Eskimos. June originally featured three weeks of play.

The 21-week campaign was to wrap up Oct. 21 with November playoffs culminating in the 108th Grey Cup on Nov. 22 in Regina.

Ambrosie declined to say what dates the league might be looking at or whether it could push back the championship game.

"We're not getting into the specifics of all the scenarios," he said. "But we are thinking about everything."

Ambrosie said he believed that when sports returns, the CFL can help lead the country's return to normalcy.

"We are part of the national identity. I think we can play a very positive role in reuniting Canadians and energizing our country," he said.

The CFL announced March 30 that it was postponing the start of training camps. Full training camps had been slated to open on May 17, with rookie arrivals scheduled for May 11 with a May 13 start date for their camp.

At the time, Ambrosie said the league was "in the hands of our public health officials" in terms of future plans.

The league decision Tuesday has the support of the CFL Players' Association.

"The CFLPA is committed to working with the CFL and partners to explore and work toward a variety of scenarios that could potentially see us play a modified season when it is safe to do so," association executive director Brian Ramsay said in a statement.

"We know that this is difficult news for players who are anxious to get to work, but right now public health, safety and well-being are most important," he added.

Major League Baseball, whose Opening Day was scheduled for March 26, remains on hiatus.

"MLB has been actively considering numerous contingency plans that would allow play to commence once the public health situation has improved to the point that it is safe to do so," the league said Monday.

The NHL, NBA and MLS previously suspended play due to COVID-19.

Not much has stopped the CFL in the past although football was suspended from 1916-18 due to the First World War and there was no Grey Cup game in 1919 because of an East-West rules dispute.

But the Grey Cup was played during the Second World War with three of the games won by military squads.

A week's worth of games was postponed after the 9/11 terrorist attacks. And the 2003 blackout forced a Toronto Argonaut contest to be rescheduled a few days later.

This report by The Canadian Press was first published April 7, 2020.