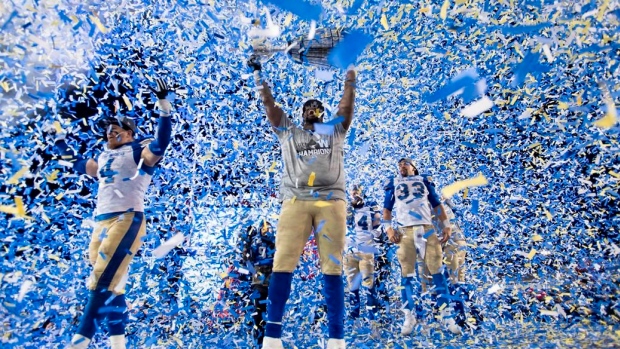 The Canadian Football League has submitted its request for financial aid to the federal government with the CFL Players' Association's full endorsement, according to TSN Football Insider Dave Naylor.

The @CFL has submitted its request for financial aid to the federal government, with the @CFLPA endorsement. 100 per cent to be directed towards playing a shortened 2020 season, with $ to cover player salaries and operating costs. Not subsidizing losses due to pandemic. #CFL

One hundred per cent of the money will be directed toward playing a shortened 2020 season with money to cover players salaries and operating costs.

Naylor adds the money will not go toward subsidizing losses due to the COVID-19 pandemic.

Amount of recent @CFl ask for federal assistance is believed to be in range of 1/4 of the $150 million dollar figure reportered in the spring. Ask is designed to be consistent with government mandate to put people back to work. #CFL #CFLPA

The amount of the CFL's recent ask is believed to be in the one quarter range of the $150 million ask reported earlier this year. Naylor notes the ask is designed to be consistent with the government mandate to put people back to work.

The CFL season was originally scheduled to start on June 11.