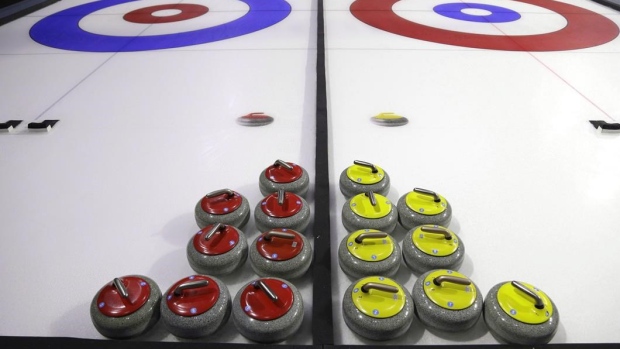 Upcoming changes to the Canadian junior curling championships are facing resistance as some young curlers lament losing a year of eligibility to play in it.

An online petition criticizing the move launched in January and almost 5,000 have signed.

The national governing body of curling has since introduced a three-year transitional phase ending in 2023 during which teams can carry one 21-year-old, or an "overage."

That athlete would be too old, however, to play for Canada in the world junior championship the following calendar year.

Using this year's Canadian junior championship in Prince Albert, Sask., as a an example, 16 curlers, or 13 per cent of the field, were 21.

Three-quarters of Team Ontario was 21 as were the seconds for champions Tyler Tardi and Selena Sturmay.

In Saskatchewan's three junior qualification bonspiels in September, six per cent of a total 196 participants were 21 at that time.

Calgary curler Lisa Parent, who turns 19 this year, wrote the petition. She will age out of juniors a year earlier unless she joins a team as an overage for the 2020-21 season.

"Definitely the biggest issue for me was how quickly they announced the change and how, in my first year of junior, they were taking away my last year," Parent told The Canadian Press.

"In juniors, you'll plan a three-year schedule to peak while you're 21. I know Curling Canada has been saying it's only a year, but that's what we've been building for since we were little kids."

A national junior championship in late March conflicts with exam preparation for university students, which many competitive junior curlers are.

"Taking a full course load and preparing for Canadian juniors would most definitely impact my grades in my final exams," Parent said.

And at an age where the increasing demands of school and life can cause young curlers to take a hiatus from the sport, or drop it altogether, some may now bail earlier, she said.

Curling Canada's rationale for the alteration is the competitive season for the majority of junior curlers is over the first week of January, when each province and territory concludes its junior playdowns.

Curling clubs have ice for another three months.

Under the new format, the number of teams in the Canadian junior championship in March will increase from 24 to 36.

In addition, the national under-18 championship will shift from April to February and increase from 24 to 48 teams. That gives juvenile teams a chance to also qualify for juniors.

So the country's youth curlers will have both a longer competitive season and more chances to experience playing in a major event, says Nolan Thiessen, Curling Canada's manager of championship services and athlete liaison.

"Now we've created a five- to six-month calendar where the athletes are engaged," he explained.

"They can set out a five-month training, competition, rest-and-recovery as well as school-work schedule over a five-month period as a opposed to a three-month rush to try to win their provincials.

"It wasn't about the two Team Canadas. It was about trying to create an infrastructure for real growth and development across the country over a longer period of time."

Three-time world champion David Nedohin, who coaches a juvenile team, was among those who signed the petition.

He says he understands Curling Canada's reasoning, but points out the competitive gap between junior and men's and women's competition is so much larger now than when his Randy Ferbey team recruited Carter Rycroft and Scott Pfeiffer right out of junior.

The stakes in curling have never been higher with the Olympic Games and thousands of dollars in World Curling Tour prize money and sponsorships.

It's becoming almost impossible for a junior graduate to apprentice with a top team, he said.

"A four-year cycle ends and all of those top players go into the blender, the blender turns on and they spit out new teams," Nedohin said.

"There's no new curlers that get involved with the top-level teams because no one is willing to take a risk on a player for four years that they don't know.

"We have a major decline in competitive curlers coming out of juniors and going into men's and ladies because of that gap that exists."

"It makes sense what (Curling Canada) is saying, but it would be nice if you could find a way to at least consider the impact it might be having on some of these players trying to make that bridge into competitive men's or ladies," Nedohin said.

"Right now, it's already hard enough. Backing it off another year, that's just one more year to me that you have less opportunity to be successful before you get thrown to the wolves."

Thiessen and Curling Canada's youth manager Helen Radford say the decision to tinker with junior curling came from an operations advisory council consisting of executive directors from the provincial and territorial associations.

"They wanted Curling Canada to take a look at the competition calendar because it was not working well for junior athletes," Radford said.

"When we look at the number of athletes it would affect, it would be so minimal."

For the overage curlers on the men's and women's Canadian championship teams, who would be too old to play in the world juniors, Curling Canada would still send them with their team to experience some of it.

"I would hope that they would still be pretty excited to win a Canadian championship and still get to go to the world championships even though they wouldn't be able to play," Thiessen said.