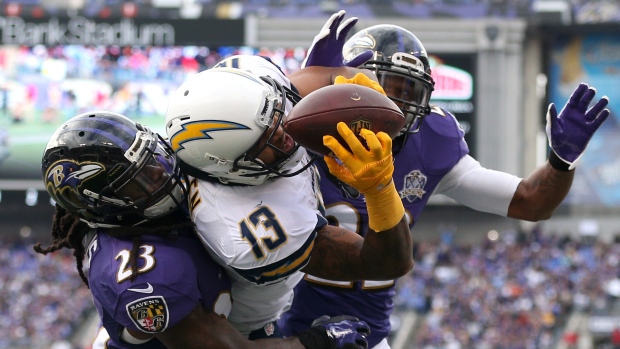 SAN DIEGO - Chargers wide receiver Keenan Allen is done for the season after injuring a kidney while making a spectacular touchdown catch in a loss to the Baltimore Ravens.

Allen, who was second in the NFL with 67 catches on the season, was hurt on a 13-yard TD reception right before halftime in Sunday's 29-26 loss at Baltimore. At the time, the Chargers thought Allen had the wind knocked out of him.

Allen was on pace for a 134-catch season that would have broken the team record of 100 set by LaDainian Tomlinson in 2003.

Allen was third in the NFL this season with 725 yards receiving. He had four touchdown receptions.

Jones appeared in five games with San Diego, returning nine kickoffs for 193 yards and five punts for minus-4 yards.