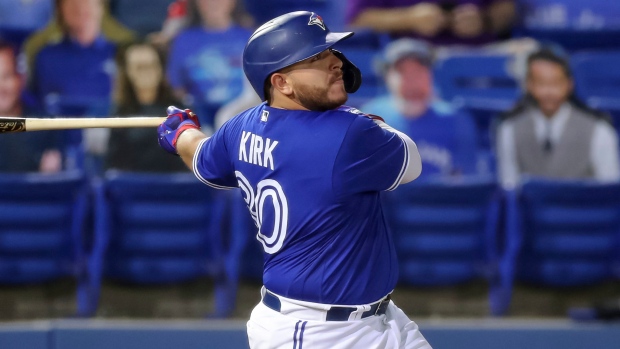 The Toronto Blue Jays look like they're going to be without Alejandro Kirk for some time.

Manager Charlie Montoyo told reporters the 21-year-old catcher will be "for sure out more than 10 days" with a left hip flexor strain he sustained in Saturday night's victory over the Atlanta Braves.

Meanwhile, Montoyo also said that left-hander Hyun-Jin Ryu is on track to come off the injured list Thursday and start in the finale against the Oakland Athletics.

Toronto will begin a series with the A's Monday night. Left-hander Steven Matz will go for the Jays while Frankie Montas will counter for Oakland.