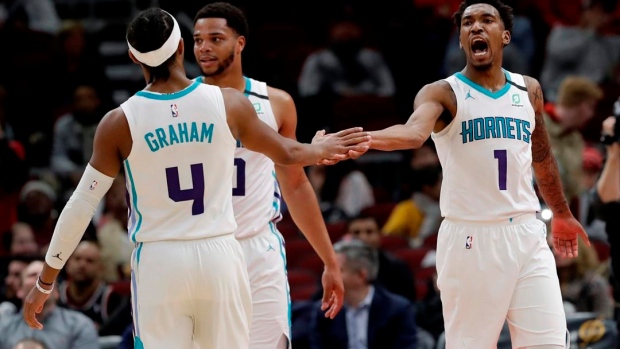 CHARLOTTE, N.C. — Hornets guard Malik Monk has been suspended without pay for violating the terms of the NBA/NBPA anti-drug program.

The suspension begins with Wednesday night's game against the New York Knicks and will continue until he is determined to be in full compliance with the program.

The third-year reserve from Kentucky is averaging 10.3 points and 2.9 rebounds in 21 minutes per game this season. However, he had been playing much better of late, averaging 18.2 points per game in the last seven games.

Monk has played in 191 games during his career with one start.

Hornets coach James Borrego said before the game he hadn't spoken to Monk since learning of the suspension.

“Obviously we give him our full support," Borrego said. "It’s a situation that, all of us face different things in life. It’s how you respond. It’s my belief knowing Malik that he will respond the right way and he has my full support, he has our organization’s full support. And it does put us in a bind, but I believe that in the end its going to be a very positive story. I look forward to talking to him, but that’s where we’re at today.”